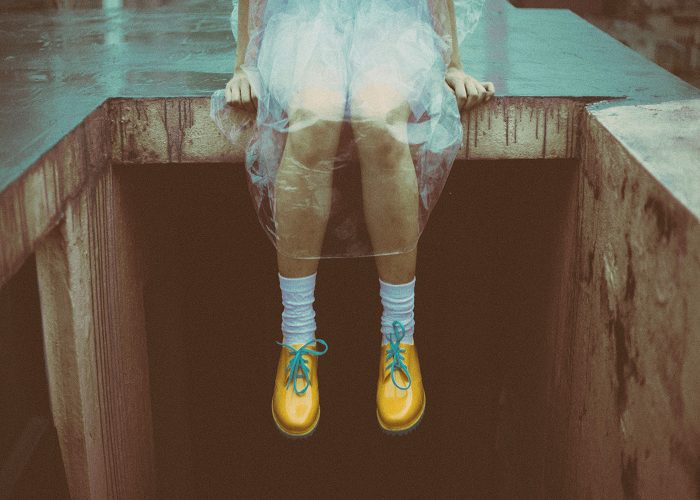 The name of the condition, of course, implies that the main symptoms of ADHD are hyperactivity and short attention spans. While these behaviors are red flags when evaluating a child for ADHD, there are other, more subtle behavior disorders to consider, especially in girls.

While boys tend to exhibit more obvious symptoms, like picking fights, yelling and general aggressiveness, girls will often internalize their struggles and exhibit less intrusive behavior such as poor academic performance or messiness. Psychologist Ellen Littman, Ph.D., who has focused a lot of her research on gender differences in ADHD, notes that the over-representation of treatment options for boys with the disorder has created something of a blind spot in the recognition of symptoms and tools for supporting girls.

Another important factor to consider is that hormonal differences between boys and girls create unique gender experiences. The neurological and chemical shifts brought on by the presence of ADHD may affect girls in a very dissimilar way than boys.

Additionally, says Littman, because girls are socialized in a different manner than boys in our society, their initial reaction to what they experience may be an attempt to mask their behavior disorders. Conversely, boys may react more impulsively because they are much more likely to be unconcerned about how others view their behavior. Julia J. Rucklidge, PhD, assistant psychology professor at the University of Canterbury in Christchurch, New Zealand, has studied ADHD in Canadian women and says that much more research is needed in order to properly diagnose and treat women and girls for ADHD. She suggests that since women tend to internalize the stress caused by how they perceive their behavioral disorders, they are more likely to experience issues such as depression and anxiety, which even further complicates and influences their overall behavior.

Chronic low self-esteem, underachievement, anxiety, depression, teen pregnancy - these are just some of the problems and dangers that girls with undiagnosed ADHD face. If symptoms are not recognized and, consequently follow girls into adulthood, the compensatory skills that women develop to hide behavior disorders often result in an ongoing and extremely stressful facade. It is very common for women in these circumstances to have major troubles in areas such as time or money management, organization and intimate relationships. According to psychologist Kathleen Nadeau, Ph.D., women also tend to be plagued much more acutely than men by feelings of low self-esteem, so she advocates for support in therapy that directly addresses that problem.

Taking ADHD into adulthood without being diagnosed is not uncommon for women, although the American Medical Association notes that there are approximately equal amounts of men and women who seek treatment for ADHD and related behavior disorders.

As adults, men are much more likely to be responsive to treatment and to have programs and professionals available to them who are equipped to deal with the ongoing issues resulting from their undiagnosed condition. Because treatments have historically been developed based on observation of a much larger percentage of males than females, women often find traditional therapies or medications unsuccessful.

Women who are presenting vastly different emotional and behavioral symptoms of ADHD than men will require an accordingly diverse course of treatment. Goal-oriented therapy, common in treatment for boys and men with ADHD, may prove difficult for women, who are much more likely to suffer from a history of severe anxiety and depression, says Nadeau. She believes that women with ADHD would receive more comprehensive and effective benefits from therapy which directly addresses their specific behavior disorders and personal concerns.

Certain behavioral clues are key in diagnosing symptoms of ADHD in adult women. In an article by psychologist Julia Rucklidge, published in the Journal of Attention Disorders, it was noted that in addition to the aforementioned anxiety and depression, other common traits specific to ADHD women are a defeatist attitude and a sense of helplessness when responding to negative situations.

Many of the women treated by clinical and neuropsychologist Mitchell Clionsky exhibit classic ADHD symptoms. Clionsky, the co-founder of the ADD Center of Western Massachusetts in Springfield, says that, tragically, the adult ADHD patients he sees are bright, intelligent people, weighted down by their deep-rooted feelings of inadequacy. These feelings turn into depression, causing an overall general life failure.

In my own experience, noting that my daughter was exhibiting certain symptoms associated with ADHD - hyperactivity, a tendency to give up when a situation proved challenging and an obsessiveness about small things - I began to question whether these traits were a genetic predisposition or learned behavior. I was afraid that I was subconsciously modeling ADHD traits, and that she was, in turn, subconsciously mimicking them. According to the AMA, it’s a little bit of both.

The research from the American Medical Association’s REPORTS OF THE COUNCIL ON SCIENCE AND PUBLIC HEALTH, shows that ADHD may be very difficult to recognize in adults if it wasn’t diagnosed as a child. Coping mechanisms are hard to distinguish from inherent personality traits. However, some common tell-tale characteristics of adults with undiagnosed ADHD are poor driving skills, anti-social behavior, irritability and issues with anger management.

As for children and adolescents, particularly girls, signs to look for when assessing the presence of ADHD include restlessness, social anxiety, and general inattentiveness. The hyperactivity piece is rarely associated with pre-adolescent ADHD girls.

An ADHD Diagnosis can be upsetting news for parents, but intervention at an early age can mean the difference between stressful and anxiety-ridden adolescents or well-balanced, academically and socially “present” children. The appropriate kind of treatment and support empowers adolescents and equips them with positive coping skills which will help them successfully manage their condition and become highly-functioning, emotionally healthy adults.